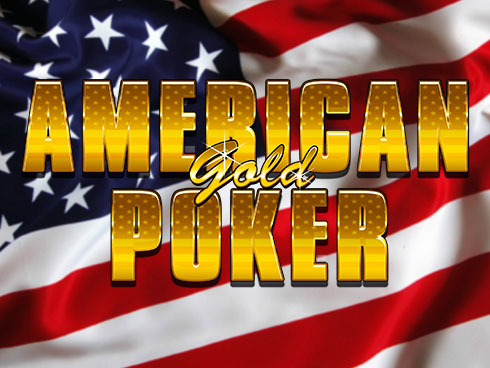 Ever wanted to play a poker game coming straight from the land of the free? Well now you’re able to if you place bets on American Poker Gold. Wazdan is a rather new developer that has a fantastic ranking on the market.


They launched American Poker Gold back in 2018 and it has been a favorit by many since. Wazdan is known to create beautiful-looking table games that are more than eye-pleasing.


Not only is it an original game mode where you can bet for real money in American Poker Gold, but you can also try out the demo-version. By doing so, you’ll be able to place bets without risking your own money and at the same time learn how the game works.


When you feel comfortable you can start placing bets to win real cash.


When you enter the game you will be met with 5 cards presented on the screen. You will see the back of the cards until you place a bet, then they will show their values. The game works like traditional poker and payout according to the paytable. For example a pair of queens pays 2x.


The back of the card is not traditional-looking, but instead has the Statue of Liberty on it. We actually think you will be surprised hearing the soundtrack in the background. It has a majestic ring to it and playing American Poker Gold while listening makes it all the better.


There are not many types of bets in American Poker Gold, but you play with anywhere from €0.10 up to a total of €100.00. Therefore it is a table game for both low-rollers and high-rollers alike.


You will also notice that you are presented with 5 cards, which counts as 1 line. On the other hand, you can bet on anywhere from 1 to 5 lines - meaning up to 25 cards at ones.


Security and reliability is always present when you play this game. Therefore you have nothing to worry about when you place your bets.


Wazdan, as a developer, is licensed by the UK Gambling Commission, Malta Gaming Authority, Swedish Gambling Authority, Romanian National Gambling Office and more. In other words, their games are regulated and made sure to be fair for all players.


You’ll also be happy to hear that you can use Bitcoin while playing on American Poker Gold. If you prefer to use cryptocurrencies while placing bets, then this will be the perfect choice for you.


American Poker Gold is a table game with an RTP of 96.58%. The biggest win players can be awarded is 10 000 x their bet amount. The title was created by Wazdan and launched in 2018. It has eye-pleasing graphics and a soundtrack that most players will fall in love with.