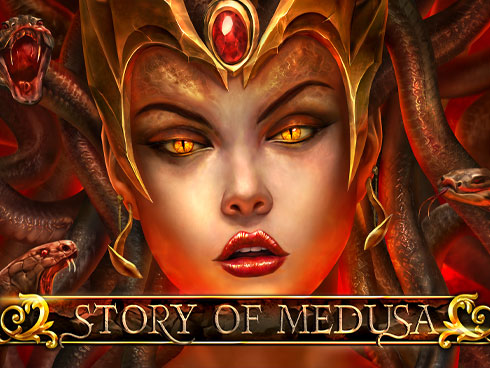 Intro to Story Of Medusa Spinomenal


If you have been following Jackpot and their slot games selection, there is one thing you won't fail to admit. It is simply the fact that they admittedly boast a fine taste. This explains why you only find the top rated slot games in their selection. As expected, one of them happens to be Story of Medusa developed by Spinomenal. The Story of Medusa was inspired by the great myth of Medusa and the graphics are reflective of it. This 5-reel game with 30 paylines would have you glued to your screen because of the profitable elements it has in stall and the flawless gameplay it promises.


How to Play Story Of Medusa Spinomenal


Story of Medusa asides its beautiful graphics is designed to be easily maneuverable. All important icons are rightly placed where they are visible. The spin icon, which is probably the most important icon in a slot game, is most likely the first icon you will spot when you open this slot. The Gold colour used in designing the spin icon also contributes to its catchiness. Before you spin your way to massive winnings, you need to set your bet amount and the number of lines you're playing. To set your bet amount, you'd need to click on the coin icon. This will take you to a page where you can increase or decrease the stake amount by tapping on the + and - signs. The higher the stake increases, the higher number of lines you will bet on. If you are someone that is worried about manually operating the spin every time, not to worry, this game has a feature to make things easier for you. With the autoplay feature, you can have the game work for you automatically while you rake in winnings. Once you click on autoplay, the reels continue spinning sporadically until you click the "pause" icon which replaces the spin icon once you switch to autoplay.


With slot games, the more the features, the greater the appeal. Casino players love to win. When you stack a slot with features that boosts their chances of winning, they are most likely going to stay. Gladly, this is not an area this game is lacking in. Free spins is one of the highly profitable features you will find in this game. To be awarded this 10 free spin, you have to land the free spin symbols in reel 1 and 5. Prize box feature is like a treasure box presents itself during free spin. While the free spin is in session, the prize box will reward you with either a free spin or a multiplier. With numerous multipliers and free spins awarded from the prize box, you can imagine how much winnings you can reel in. As it is common with Spinomenal slots, this slot has 9 main symbols. All symbols represent a unique payout value. The medusa symbol is the highest paying of the lot and could pay as much as 150x your bet when you land five of them.


One thing that most review sites seem to agree on about the Story of Medusa is that the graphics are breathtaking. This 5-reel slot stands taller amongst other 5-reel because of its resplendent user interface that seems to pull you in. You also can help to admit that the game is designed to favour you in terms of winnings, especially with the impactful features it comes with.
My rating