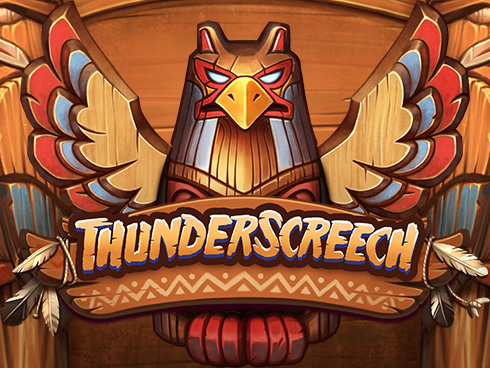 
Native America might not be the most obvious theme for an online slot game, but that is what Play'n GO has used as the inspiration for its Thunder Screech release.


Having previously had success with slots that used aspects of ancient Egyptian and Norse culture, Thunder Screech is sure to be a popular pick of game at online casino sites.


Having been released in February 2021, Thunder Screech is actually the second Native American-themed slot to be released by the studio, following on from Coywolf Cash.


Martin Zettergren from Play'n GO believes that repeat playability is the key thing that will attract online casino players to try out Thunder Screech.


He said: "Many games may be wrapped in a nice theme and have some fun artwork, but then, there's nothing to hold the players' interest when it comes to gameplay."


Zettergren's assessment of Thunder Screech by Play'n GO is backed up by extensive playing of this online slot, which features some of the finest visuals of any online slot game out there.


For all the details about how Thunder Screech plays at online casinos, check out our full review.


How to play Thunder Screech


This video slot has five reels, three rows and 10 fixed pay lines, so Thunder Screech is nowhere near as complicated to play as some other modern online slots on the market.


Playable on a wide range of devices such as desktop, tablet or mobile, the first thing Thunder Screech players will have to do is set their stake.


Users pick from 0.10 to 100 credits per spin and of course the higher the stake, the more that a player could be in line to win from a single spin of the reels on Thunder Screech.


Initially, Play'n GO intended to call this game Thunderbird Strike before opting for a rebrand to Thunder Screech, which actually feels like a better fit for the slot.


In Thunder Screech, the Wild is represented by the thunderbird totem. The Wild symbol only appears on the second and the fourth reels of the game, while a dreamcatcher acts as the scatter to kick off the various slot features that have been included in Thunder Screech.


Extra features in Thunder Screech by Play'n GO include a call feature that can be triggered for any spin. When this happens, bonus Wilds appear on the reels of the game.


Any base game spin can also see the strike feature brought into play. Here, users see that any Wilds that pop up will upgrade to Thunder Wilds, which turn sticky and award respins. The multiplier also increases with each respin, which means big wins can be collected here.


Online slots players love free spins bonus rounds, so the good news is that one has been included among the slot features on Thunder Screech by Play'n GO.


When dreamcatcher scatters appear on reels one, three and five this results in five free spins being awarded to the player, but unfortunately they cannot be retriggered.


Play'n GO is known all across the industry for its inventive slot games and Thunder Screech's use of a Native American theme certainly helps to make sure it stands out in a crowded market. The slot's features are certainly decent, but excitement can be a little lacking. That only five free spins are dished out in the bonus round is a smaller number than on many other slots, too. That said, Thunder Screech is a decent choice for any online casino users who like Play'n GO titles.