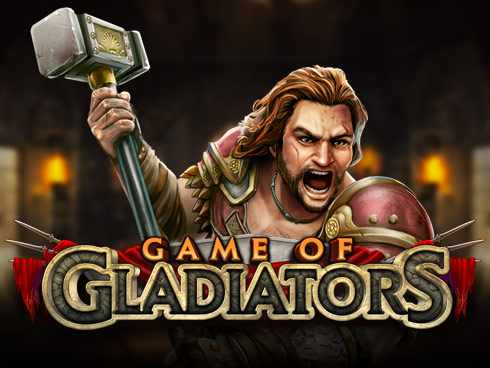 Intro to Game of Gladiators

Do you want to travel back to the time of the Roman Empire and fight in the gladiator arena in the Colosseum? If that’s the case, you've come to the right place. Game of Gladiators is a slot machine coming from a popular software provider called Play’n Go. They released it in 2019.

Game of Gladiators has 5 reels, 3 rows, and 20 paylines. You’ll get a winning combination if three, four or five identical symbols land on one of the payline. You can look forward to features like substituting wild symbols, free spins, respins, and more.

In Game of Gladiators you can win up to 5,000 times the size of your bet. The return to player is 96.42%. The gameplay consists of high risk/high reward.

How to Play Game of Gladiators

If you want to try Game of Gladiators you can find the demo version here at Jackpot Casino. It’s completely free, so there’s no risk involved. This makes it a great way to learn the slot machine.

Locate the information button in the bottom left corner and then look at the paytable.

The symbol of the violent tiger acts as a wild. It can substitute for all other symbols except the scatter. It means it can help complete winning combinations. It can also expand into mega wilds during free spins.
If you see the symbol of the golden gladiator gate, then you’ve found the scatter symbol. It can only appear on reel 1, 3 and 5. This means that three symbols will trigger free spins. The amount is not decided, as free spins will keep happening until you lose or win the battle.
Game of Gladiators also has random features that can be triggered on any regular spin. They’re called Spear Attack, Sword Attack, Net Attack, Fame, and Enraged. With these random features you can look forward to several reels becoming wild, reels being duplicated, respins, and more.

Game of Gladiators is a slot machine coming from Play’n Go. The software provider released on the 6th of June, 2019. It has a theme about gladiators and it takes place in an arena that looks very much like the Colosseum in Rome. In Game of Gladiators you can look forward to expanding wilds, free spins, multipliers, and more. The same is true about the maximum payout of 5,000 times your bet size.
My rating