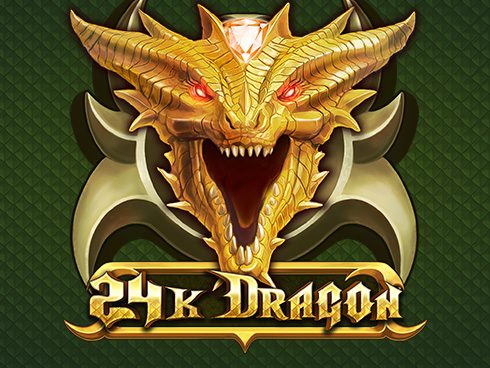 
Dragons regularly appear in games at online casinos with Play'n GO entering the fray with its 24K Dragon slot, which was released by the studio in the closing weeks of 2020.


24K Dragon is a five-reel payways slot that follows in the formula that was previously set by Play'n GO in its other games such as Win-A-Beest and the Wealth Series.


Play'n GO games are known for having a strong plot and 24K Dragon delivers on narrative. Users who pick this slot at online casinos will be taken on a quest to claim treasure that is being guarded by the dragon, with whom they will come face-to-face during the gameplay.


Martin Zettergen from Play'n GO has noted the importance of the game's design, which is undoubtedly one of its most impressive aspects.


Speaking when the game was released, he said: "The visuals of a slot are undoubtedly crucial to how good it is. In the early days of fruit machines, bright pictures and flashing lights would direct players' attention to the machines, marking them out amongst the competition."


For all the details about how 24K Dragon plays at online casinos, check out our full review.


Even those who are new to online casinos will find 24K Dragon is simple to pick up and play.


Stakes can be selected via a menu located below the reels at the bottom of the screen. To the left of this is an information icon where players can learn more about the Play'n GO slot.


On the right users will find a large green spin button and there is also an auto-play function.


A small yellow button right in the bottom-right corner is where auto-play can be found, letting online casino users sit back and hopefully watch wins come rolling in on 24K Dragon.

Play'n GO slots always have plenty of extra features and 24K Dragon does too, with players who pick this game at online casinos able to scoop up to 24,000 times their stake on a spin.


There are 1,024 ways to win as default on this slot, with the reels starting off in a 5x4 format. However, in 24K Dragon the three centre reels on the game can expand to up to eight symbols high, which means there is then a maximum of 8,192 ways to win for players.


Getting the reels to expand is achieved by filling a meter in the top-left corner with dragons. Players will also be hoping to land a golden dragon symbol as this will trigger the 24K respin feature, during which one of three different reel layouts is selected by the game.


A giant 24K diamond is the scatter in this online slot by Play'n GO and this triggers the free spins bonus game. Three scatters awards eight free spins, four gives out 15 free spins and a massive 20 free spins will be given out when five scatters appear from a single spin.


The game's Wild symbol is a treasure chest that is bursting with gold. They drop on the three centre reels only and swap in for all regular pay symbols. A x2 or x4 Wild can also be in play and there is always a multiplier for them during the free spins bonus round on 24K Dragon too.


Variable reels are one of the hot trends at online casinos these days with Play'n GO developing a game that has a similar feel to Testament in its 2020 release 24K Dragon. Packed with bonus features, high volatility does mean that players can be waiting a while for winning spins. However, when they do come there is plenty of potential profit up for grabs and 96.20 per cent RTP is very decent, offering good value for players at online casinos who pick 24K Dragon.