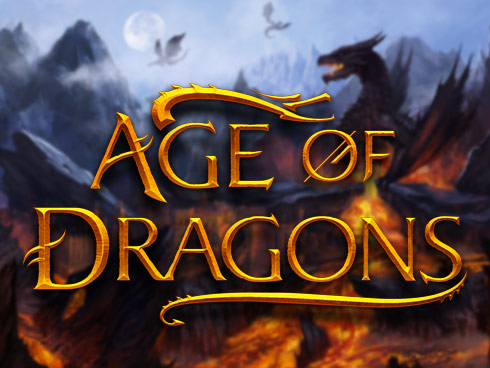 Intro to Age of Dragons


The slot machine called Age of Dragons was produced by Kalamba Games. It has 5 reels, the total number of active lines reaches 40 pieces. The return rate claimed by the manufacturer reaches 96.76 percent. The maximum win that this slot machine can give is x5,000. The reels of Age of Dragons form a custom-sized grid in the 3x4x3x4x3 format. If you are ready to meet the Dragons, you can start playing on Jackpot Casino.


How To Play Age of Dragons


The slot is dedicated to the mysterious and gloomy Medieval times. . Users are expected by a spectacular character series, made realistically. The drum lining is finished in rich grays and blacks, contrasting with gold type schemes for a luxurious feel. The game grid is not divided into sectors, so some symbols seem to be hovering in the air. The main characters are a classic princess and a knight in love with her, an insidious witch, a king, and a mythical dragon. Free spins are offered as an additional mode, there is no doubling round. The gameplay is started by pressing the arrow button, you can select the automatic game mode. The session begins with setting bets. A fire-breathing snake against the background of a full moon is a scatter that appears randomly at game positions, occupying arbitrary cells. Having collected 3+ similar elements, the gamer launches 10 free spins with x3 multiplayer for prize combinations.


There is also an additional spread - "extra": this is the image of the same dragon on a military shield. If a gamer made combinations with his help, then he gets an additional free respin. The Wild symbol of Age of Dragons is the image of the shield, which is engraved with the egg of the mythical creature, surmounted by a scarlet stone. The Wild symbol plays by the rules and active lines. Having collected a combination of three elements, the gamer gets a stacked joker stretching across the entire game vertical. Also, the wild symbol retains the classic options, it can replace any ordinary plan icons.


The slot machine is quite impressively visualized, which gives it a resemblance to popular computer quests. Among the advantages of the Age of Dragons simulator are simple algorithms, an original implementation of a familiar and beloved by many plot, stunning graphics, the presence of a wide range of special characters and bonus features, including free spins, respins, multipliers. solid winnings! The Age of Dragons slot machine can be launched both on a stationary PC and on mobile devices, which gives the session a special dynamic. Start spinning today on Jackpot Casino.