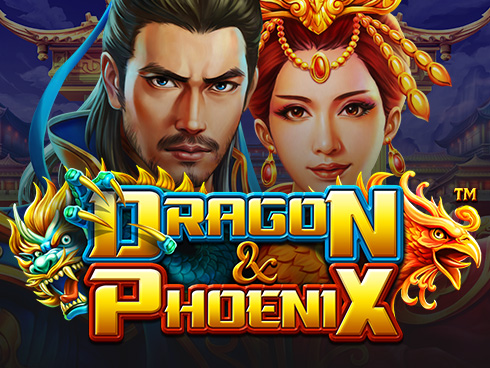 Are you into slot machines that come with an oriental theme? What about titles that feature mythical creatures like a dragon and a phoenix? If so, there is no reason to look any further, because all of these things are present in Dragon & Phoenix.

Dragon & Phoenix is a slot machine that is loved by many players worldwide. It was released in 2019 and the software developer behind the game is Betsoft. The mix between the oriental theme and the mythical creatures has been implemented in a great way.

The setup in Dragon & Phoenix are the following: 5 reels, 3 rows and a total of 20 paylines. In other words, this is the definition of a typical video slot in the online casino industry. Dragon & Phoenix is therefore easy to understand and a lot of fun will be present while spinning.

How to Play Dragon & Phoenix

Before you start playing it is always a good idea to have a look at the paytable and the rules. Click the exclamation mark on the left hand side and swap between the pages or tabs. You can also see tips on how to use the controls in Dragon & Phoenix like sound, turbo play and more.

After you’ve had a look at this you should set your bet size. It ranges from €0.20 and up to €20. Pick an amount that suits you the best. Considering the max bet is €20, Dragon & Phoenix is not suitable for medium high rollers, but rather those who like to bet less each spin.

Click the spin button in the bottom right when you are ready to start playing Dragon & Phoenix.

Both the dragon and the phoenix are present on the reels. You will be happy to hear that they act as the highest paying symbols - in addition to the wild symbol of the Royal Couple. The wild will expand to cover the whole reel (except the first reel) to increase your chances of winning.

According to Betsoft, the Money Tree (which is the scatter) will award you with up to 15 free spins if three or more lands on the reels. Look for this symbol when you are spinning, because it can increase your player balance by around 1000 x your bet.

Dragon & Phoenix was released in 2019 and is a slot created by Betsoft. It is a rather popular one on the casino market. It comes with a max win of 1000x bet and a RTP of 96.01%. In Dragon & Phoenix you can use double or nothing, get free spins and expanding wilds.
My rating