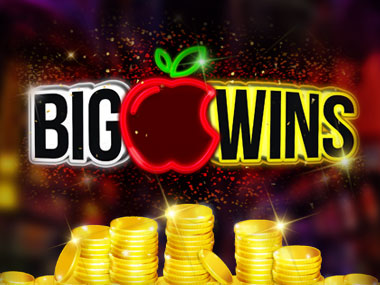 
Big Apple Wins by Booming Games has been drawing plenty of fans since its release at online casinos a few years ago. The New York-themed game from the high-end is developed in HTML5, which ensures mobile usability on a range of iOS and Android handheld devices such as smartphones and tablet computers.

In Big Apple Wins - a game with five reels and 20 paylines - players at online casino sites can expect a fun experience that is soundtracked by jazz music and packed with New York-related symbols such as pizza and the city's famous yellow taxis. It may look as if it is simple - and it is - but Big Apple Wins is a surprisingly deep slot, with a free spins mode having been included. Check out our full review of Big Apple Wins by Booming Games for all of this slot's key details.


How to play Big Apple Wins


A classic slot game design sees Big Apple Wins by Booming Games laid out on a 5x3 grid and there are 20 paylines. The first thing to note is players can opt to reduce the number of paylines they want to be in play for each spin of the reels. This is handy for anyone who is sticking to a tight budget when playing their favourite slots at online casino sites.

On the flip side, there is also a bet max option for high rollers who want to give themselves the chance to win big on the Big Apple Wins online slot game. The stake per spin on this Booming Games title can be changed between 0.01 and 100 credits per spin in the bottom-left corner and there is also a 50/50 gamble feature available to use as well.

After each winning spin of the reels on Big Apple Wins, players have the option of risking whatever they have won on a 50/50 choice between an apple or a slice of pizza. Just as with the 50/50 gamble feature on other online slot games, pick right and the prize will be doubled, but get it wrong and the winning spin will be cancelled. To the left of the green play button is the Big Apple Wins autoplay function. This is handy for anyone who does not want to have to tap or click the game for every single spin of the reels.


Booming Games is developing a good reputation in the iGaming world and Big Apple Wins is another game likely to boost the company's developing profile. The stark black background of Big Apple Wins ensures that illuminated New York symbols such as pizza, a taxi and the Statue of Liberty stand out brightly, whatever type of screen is being used to spin the game's reels. On the slot, players will be hoping to land a 2,000x total prize, which is the most that can be won from a single spin of the reels on Big Apple Wins. Three or more scatters - which are also great due to the fact they are high-paying - will trigger a round of 10 bonus free spins on the game. The scatter symbol to be looking out for during gameplay here is the Empire State Building.


Big Apple Wins might not be completely unique but it is different enough from most slots at online casinos to ensure that it stands out from the crowd. With low to medium volatility, the chance to win a 2,000x total prize, plus a solid enough RTP, Booming Games is on to a winner with Big Apple Wins, a slot that is likely to be particularly popular with lovers of New York itself.