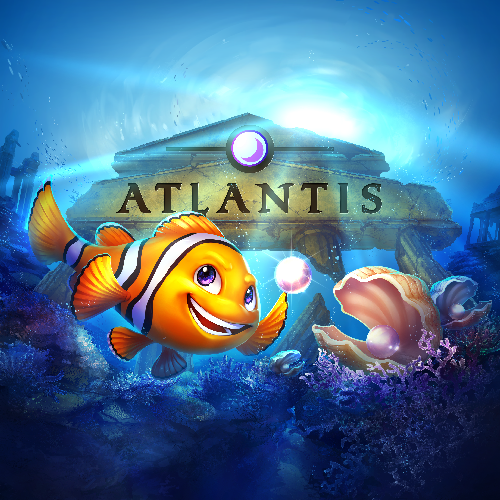 When one hears “Atlantis”, there will probably be a good many who expect a slot machine to be based in a long time ago. However, that is not the case here. Provider Apollo has created a world that is now in modern times, but still about the same city that is under water. Now even this place is available to visit on online casino and only on Jackpot Casino. This dynamic online slot has a good basic game and a few additional features to offer.

How To Play Atlantis

The very first thing that will meet the players is a great intro video clip that introduces them to Atlantis. This clip tells players absolutely everything they need to know about the gameplay before embarking on the actual gaming experience. The game has a classic layout consisting of 5 reels and 20 paylines, which always seems to work well in slot machines. 4,000 is the biggest win in the game. Various things such as tropical fish and oysters are some of the things that can be spun on the wheels. This in addition to some other objects from the sea such as an old anchor and a submarine is what creates the content of the game. In addition, players can see the main character in the game named Pierre La Mer as a symbol as well as his logbook and a harpoon. The main character has the highest value in the game. If he appears five times on an active payline and players receive a hefty sum of 8,000x a bet. Then there is a Wild symbol in the game that shows a shark, if this appears on the third reel of the game this will cover the entire wheel with Wilds

If the players want to activate the game's bonus game, they must, among other things, get three symbols with oysters on the reels. During this bonus round, reels one, two, four and five will contain symbols that players must click on. The task of the players is that they must click on as many symbols as possible as you will see what kind of winnings they offer. This is something to do before the word "collect" appears on the screen. Then there is another bonus symbol in the game that can reward players with rounds of either eight, 15 or 25 free spins.

Having 5 reels and 20 paylines, your chances are pretty big to win. This is why a lot of gamblers love this online video slot, especially the experienced ones. 95,87% RTP and medium volatility to help you win good prizes. The basic game is fun to play, and Atlantis also offers a few addition features. Give it a try on Jackpot Casino today and feel the old school vibe from spinning the fruity reels.
My rating